SEASON 3 of the award-winning gay comedy mystery web series, Where The Bears Are, Premieres Online August 11, 2014 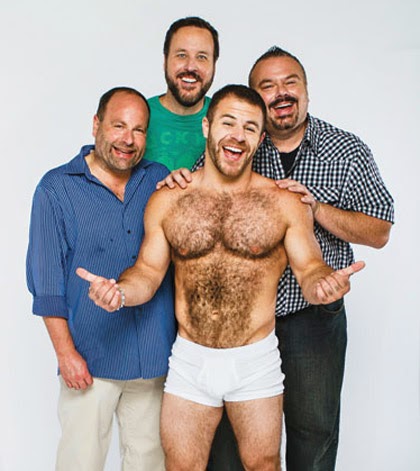 It's "The Golden Girls" meets "Murder, She Wrote" with big, gay, hairy men! (aka  "Bears") The award-winning web series is BACK and better than ever having launched an incredibly successful Kickstarter campaign!

From the creative team of Rick Copp (The Brady Bunch Movie) Joe Dietl (The Thin Pink Line) and Ben Zook (Jack and Jill) comes “Where the Bears Are” a comedy mystery web series that recently won Afterelton.com’s “BEST GAY WEB SERIES” and has accumulated over 9 MILLION VIEWS since premiering in 2012. The show has a world-wide fan base and the creators/stars have been flown to Europe and Australia due to the show's immense popularity!

If you would like more information about our web series, or to schedule an interview with the creators or cast, email us at wherethebearsare95@gmail.com

Here it is! The very first episode of "Where the Bears Are" Season 3!
Click here to view: https://www.youtube.com/watch?v=RjdINPr32A0