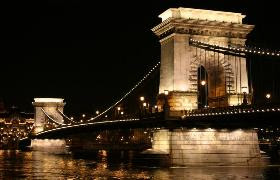 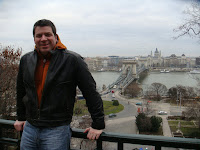 My trip to Budapest, although short, has been incredible as it's the first time I've been this far east in Europe.  Budapest, one of the true capitals of Europe, is a fascinating reflection of history and the blends of culture that have crossed this land both over the past few millennia and in recent history.
As part of a country which is now part of the European Union and set to adopt the euro shortly, Budapest is an incredible symbol of east meets west, in this case European east meets west, with recent history thrown into the mix.  Having emerged from Communism in 1989, the buildings have only slowly been restored to their original grandeur, with some edifices reflecting their original lustor while others are still black from decades of soot and pollution, with others still displaying facades that have continuously decayed over the years and have yet to be touched. 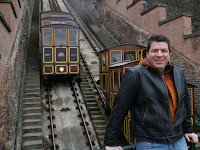 That comparison can also be seen in the attitudes of the people here.  With English being spoken more prevalently by the younger Hungarians, the story told quite often is of the clash of cultures between the more westernized youth of today and their middle-aged counterparts who grew up with Communism and have had a tougher time adapting to the more free spirited and customer service-focused social-capitalist culture of today.  Thus, it may take generations to pass before this part of Europe reflects the more western spirit now instilled in its youth, and will hopefully always include at least some of the culture inherent in eastern Europe as Budapest serves its role of gateway to the east, at the edge of the Carpathian Mountains and the vast plains of the Carpathian basin, with the Slovakian and Polish borders within site on a clear day. 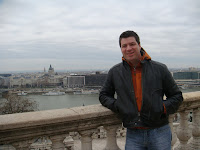 The history of this city can be seen not only in the various buildings and their state of repair (or disrepair) throughout the city.  With some of the most beautiful churches in eastern Europe restored to their original grandeur, the city gleams rooftops with striking colors and patterns, and buildings such as Parliament becoming more and more completed in their restoration and showing a city with ever increasing wealth.  In the old city, around the original palace and castle, restoration is still going strong today, yet some buildings can be seen with bullet holes and cannon blasts dating back to 1945! 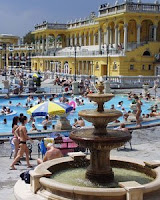 One part of Budapest famous the world over is the Turkish Bath.  With one of the most famous being Széchenyi, the best way to enjoy this natural hot spring is in the outdoor pools heated to various temperatures ranging from warm to perfectly soothing and hot.  Going later on in the evening allows for a more exciting crowd that is nicer on the eyes as well.
http://spasbudapest.com/furdo.php?idx=14&menu=8

For one of the most gay-friendly stays in Budapest, check out Kapital Inn.  Run by Albert Marton, a trained Hungarian chef and former executive of a 5-star hotel, the Kapital Inn provides for a really comfortable, clean, modern and spoiled stay in the heart of Budapest.  I'm not typically a big fan of the B&B-style of inn or guest house, but this one, with its layout along with terrace, won me over!
http://www.kapitalinn.com/
For gay life in Budapest, there are several really good online sources, including: 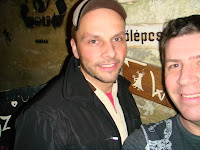 Budapest is typical of a European city in that gay life is really more focused on clubs open over the weekend rather than gay bars.  Budapest has its mix of gay bars, but the ones I popped into were very good if you were looking to rent an escort for the night... not your typical "gay pub" or neighborhood bar where you can meet the locals.  My favorite night spot was Szimpla Kert (Simple Garden), a mostly straight multi-room bar set in an old unrestored building.  Decorated from that eclectic, unrestored point of view, it was one of the coolest bars I've gone to in years, and the crowd was HOT!  My gaydar was on and I could definitely pick out some cute gay boys in the crowd!
http://www.szimpla.hu/
My photos from this trip:
http://www.flickr.com/photos/mattskal/sets/72157613549045528/
gay budapest