Showing posts from July, 2009
Show all

Winter in Rio for the Gay Traveler 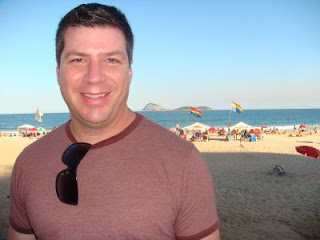 So it seems that prior to my arriving in Rio de Janeiro for a week in July, EVERYONE had the same two thoughts on their mind... 1) "it's winter time, how could you possibly go there when it's cold and raining" and 2) "you can't go to Rio, it's too dangerous!" Well, I can tell you that both myths are just that... myths! First, Rio in their winter is a bit like Miami in winter, but just a tad bit cooler. Most days we were there, it was a gorgeous 80 degrees and sunny. There were two days of cooler winter weather, but that meant it was windy and in the 60s, and that was just really one blustery day. So why go into all of this about the weather in Rio? Because for the gay traveler, going to a destination such as this "off season" is fantastic. There were so few tourists and the majority of hot men roaming the streets were all locals. And they are HOT! Once in a while you'll hear an occasional English or French word heard, but overa
Post a Comment
Read more
More posts