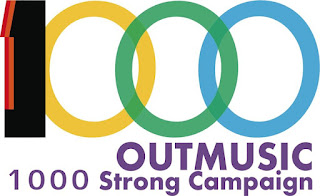 The LGBT Academy of Recording Arts (LARA) announced its 2012 Membership Drive, OUTMUSIC 1,000 Strong Campaign.  The campaign seeks to mobilize and organize LGBT recording artists, its allies and patrons of the arts to shine together as ONE concerted front.  The campaign launches July 9 and will continue through Friday August 24.  Membership is open to all. Recording Artists must join by August 24th to be eligible to submit for nominee consideration for the OUTMUSIC Awards.

http://www.thelara.org/pages/join.html
The 1,000 Strong Campaign membership drive seeks to raise awareness of the contributions and efforts of LGBT recording artists.  Moreover, the campaign will raise funds to support LARA in its efforts to fulfill its mission to promote the advancement of its members as well as in support of the 8th Annual OUTMUSIC Awards, which will be presented in the Planet Hollywood Theatre for the Performing Arts Las Vegas, Dec. 14 -16, 2012.  The campaign also will work to bring worldwide attention to the contributions that yesterday and today’s LGBT recording artists have made to the ever-popular music industry, as well as the relevancy of LGBT artists including their commercial and market viability.

“Authentic Freedom of Expression in music, art and spoken word is what we promote. Our mission is to simply encourage more artists and entertainers to be agents of change, says Diedra Meredith, CEO & Chairwoman, LARA and the OUTMUSIC Foundation.  “By supporting the Academy, you become a part of creating the paradigm shift that moves the world to change a way of thinking.  Being OUT with our music is an honor; it’s a celebration and a way of life.  Just being ourselves with our music, that’s the way it should be.” 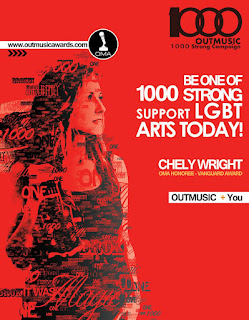 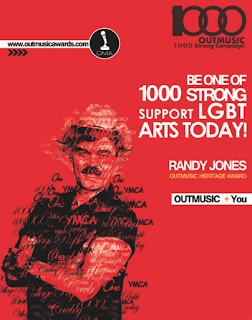 Founded in 1990, OUTMUSIC - THE LGBT Academy of Recording Arts (LARA) is the premiere 501c3 non-profit organization created to promote the advancement and appreciation of underrepresented LGBT music culture & heritage, create opportunities to support the development of young aspiring LGBT artists, increase the visibility of the LGBT Music & Entertainment Platform, and honor, document and archive the contributions of underrepresented LGBT music artists into music history.