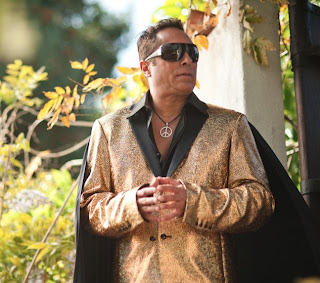 La La Land is Sir Ivan's first single release following his highly acclaimed 2009 debut album I Am Peaceman, which primarily consisted of remakes of iconic anti-war songs from the 1960's. True to his "Peaceman" persona, the words to La La Land depict a perfect world where there is actually peace on earth. 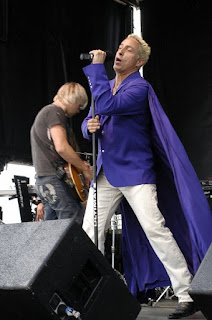 The release of La La Land comes on the heels of Sir Ivan's last two single releases, which were back-to-back Top Ten global hits. His Hare Krishna single went to #10 on Billboard Magazine's Dance Club Songs Chart in the U.S. in April 2011. His Live For Today single went to #7 on the U.K. Music Week Magazine's Upfront Club Chart in October 2011 and made it to #10 on Music Week Magazine's Commercial Pop Club Chart in February 2012. This latter chart marked a milestone in Sir Ivan's career, being the first time he went Top Ten on radio.

The La La Land video, directed by Dylan Trussel and David Dinetz, was filmed in Los Angeles. The video creates a colorful, artistic world where all problems are solved, all types are tolerated and all differences celebrated......a world where everyone sings, dances and loves together in paradise. The La La Land video will be viewable on YouTube and other prominent music video sites.

La La Land, Sir Ivan's I Am Peaceman album and his entire music portfolio are distributed digitally through TuneCore, which includes iTunes, physically/digitally through Amazon.com, with exclusive mixes available through Traxsource.