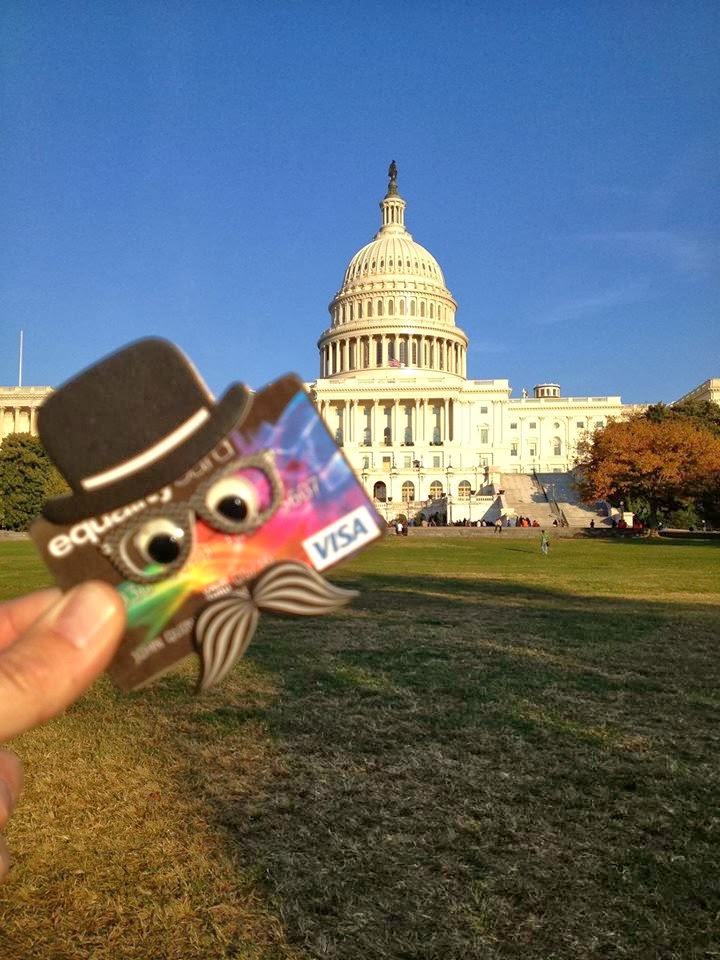 Philanthropy Ventures LLC, has launched EqualityCard™, a new credit card designed to raise funds for lesbian, gay, bisexual and transgender (LGBT) non-profits across the nation. The model allows EqualityCard™ business and consumer cardholders to generate tax-deductible donations equal to 1 percent of their purchases for the LGBT charities of their choice, with no out of pocket expense.

“We’re extremely excited to launch EqualityCard™, a dynamic initiative to increase fundraising in the LGBT non-profit arena.” said Nick Lepetsos, Philanthropy Ventures LLC, Founder/CEO and EqualityCard™ creator. “We have a single vision, to bring to market a product that helps LGBT non-profit organizations execute their visions. There is a limitless potential for giving in this world, and we are determined to play a role in realizing that potential.”

More than a dozen LGBT non-profit organizations recently joined EqualityCard™ as Non-Profit Affiliates. Affiliates add their individual profiles to the EqualityCard™ donation portal, a non-public site where new cardholders are directed to help them decide which organizations to designate as their beneficiaries of 1 percent of their purchases. Cardholders will be able to choose up to three charities to receive the funds. Immigration Equality, a national organization fighting for equality under U.S. immigration law for lesbian, gay, bisexual, transgender and HIV-positive individuals, is among the affiliates.

“I’m delighted by the positive impact this initiative will have on the LGBT fundraising climate,” said Win Chesson, Director of Development at Immigration Equality and member of the EqualityCard™ Board of Advisors. “This new fundraising tool will give organizations like ours a new revenue stream and allow us to serve more LGBT people fleeing violence and abuse. With the deteriorating conditions for LGBT people in places like Russia and Uganda, it is vital we have the resources to welcome every LGBT person seeking freedom and safety.”

Other LGBT organizations that have joined EqualityCard™ as affiliates include: Athlete Ally, The New York City Anti-Violence Project, Campus Pride, PFLAG, the Matthew Shepard Foundation, the NYC LGBT Center, Circle of Voices Inc., SunServe in South Florida, The Transgender Law Center, Family Equality Council, The Alexander Foundation, The Pride Network, and the Hetrick-Martin Institute, an organization that creates a safe and supportive environment for lesbian, gay, bisexual, transgender, and questioning youth between the ages of 13 and 24 and their families.

“We see the EqualityCard™ initiative as a unique opportunity to bring a new source of funding to our programs that support LGBTQ youth,” said Darra Gordon, Chief Operating Officer at Hetrick-Martin Institute and member of EqualityCard™ Board of Advisors. “We also feel reassured that the EqualityCard™ sought guidance from LGBT movement leaders prior to launch to ensure that this product positively reflects our community. ”

Dozens of additional LGBT nonprofits are expected to join the initiative throughout the year, bringing in new streams of revenue for their unique LGBT-focused missions.

EqualityCard™ will build on the momentum of Philanthropy Ventures’ flagship brand, HaloCard® which launched last year in support of a host of other non-profits that are largely outside the LGBT giving space. Forbes highlighted that initiative last spring in a feature story titled “A Startup Aims to Disrupt The Charity-- And The Credit Card--  Business”. EqualityCard™will raise funds using the exact same model as HaloCard®.

EqualityCard™ recently connected with the LGBT and allied community at the National Gay and Lesbian Task Force’s Creating Change conference in Houston and Aspen Gay Ski Week, and will be hosting a booth at the upcoming GLBT Expo in New York City March 22 and 23.