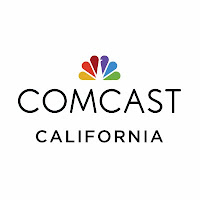 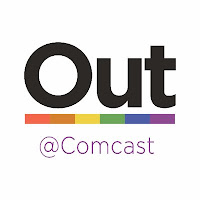 “It is more important now than ever to make sure we have adequately prepared the next generation of LGBTQ leadership,” said Rick Zbur, executive director of Equality California. “Our partnership with the Comcast Foundation helps address the traditional underrepresentation of LGBTQ people in government and helps advance equality by familiarizing people in the California Capitol with LGBTQ people and the challenges we face.”

The Equality California-Comcast Fellowship is funded through a generous grant from the Comcast Foundation.

“Comcast NBCUniversal is committed to empowering the LGBTQ community through our philanthropic initiatives. We are proud to partner with Equality California for the seventh year to foster education and awareness that promote LGBTQ inclusion, respect, and equality,” said Lorena Hernandez, community investment director of Comcast California region.

This year’s Equality California-Comcast Fellows are:


This year’s fellows will be placed with the offices of Senators Scott Wiener and Henry Stern and Assemblymembers Susan Eggman, Laura Friedman, Evan Low and Blanca Rubio.

DedicatedHosting4u said…
Hey, very nice site. I came across this on Google, and I am stoked that I did. I will definitely be coming back here more often. Wish I could add to the conversation and bring a bit more to the table, but am just taking in as much info as I can at the moment. Thanks .

MindtechAffiliates said…
I am overwhelmed by your post with such a nice topic. Usually, I visit your blogs and get updated with the information you include but today’s blog would be the most appreciable...

LGBTea is a brand of tea that not only delights the taste buds with exotic flavors, like Raging Raspberry and Juicy Tangerine, but also donates a portion of every sale they make to assist charities in advocating for LGBT rights. Not only does LGBTea donate to other charities such as HRC , The Trevor Project and LGBT Foundation , but it is also in the process of forming its own foundation, titled the LGBTea Foundation, which works toward achieving the company’s goal of LGBT rights and equality. LGBTea is trying to get the word out about their new product through their campaign to launch remarkable teas with intriguing flavors, while also encouraging the celebration of love. While they already donate a substantial amount of money to charities advocating for LGBT rights, starting October 11 and continuing thru to November 28, they will be launching a crowdfunding campaign on Indiegogo . During this promotion, 10% of the campaign funds received will go back to the LGBTea Fou
Read more