BROADWAY SINGS FOR PRIDE is back with an all new charity event for NEW YORK CITY GAY PRIDE 2014! 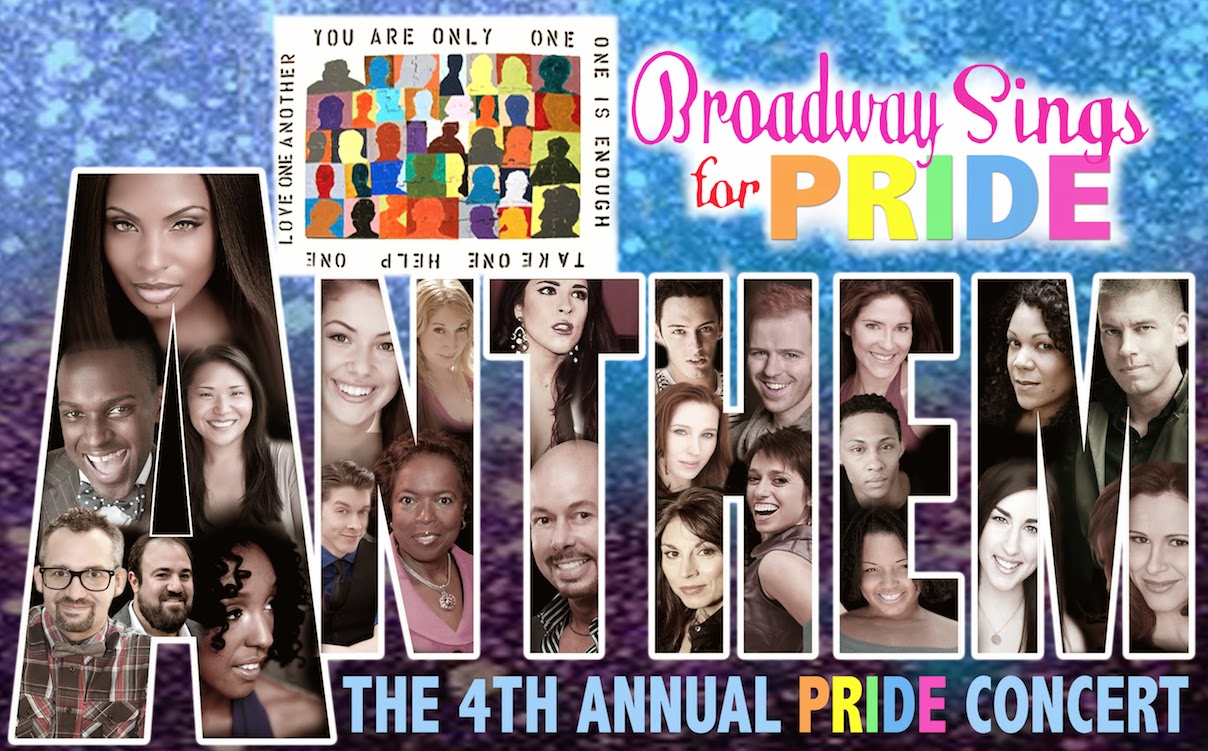 BROADWAY SINGS FOR PRIDE will celebrate NYC Gay Pride by holding with their fourth annual Gay Pride benefit concert with over 15 Broadway shows represented and countless artists! The special one-night benefit entitled "ANTHEM" will feature songs that embody gay perseverance marked by an array of musical performers from the world of Broadway, pop and beyond!  Audiences will join the celebration by hearing some of their favorite New York performers take on pop hits, mashups, and Broadway classics. The charity event will be held at Toshi's Living Room & Penthouse, the best live music bar NYC and best rooftop bar NYC, at West 26th Street, between Broadway & 6th Ave on Monday, June 30, 2014 at 8pm.  The event will benefit Hetrick-Martin Institute and Broadway Sings for Pride.  Broadway Sings will also team up with Broadway Serves (http://www.broadwayserves.org) to promote their inspirational volunteer initiatives.

Neal Bennington of www.NealB.tv will produce the event in association with Artists Proof Productions and Dougie Meyer.  Charles Santoro (Off Broadway's Silence! The Musical) also will serve as the musical director/arranger and pianist. He will be joined by David Cinquegrana on guitar, Joe Mankin on bass guitar, Michael Pagnotta on woodwinds, and John Ferrari on percussion.

BROADWAY SINGS FOR PRIDE is a non-for-profit organization which brings together Broadway talent and celebrities to promote LGBT equality through song. Launched in June 2011, we have received support from from Carol Channing, Channing Tatum, Nathan Lane, Joy Behar, Wendy Williams and many others! Broadway Sings for Pride is a sponsored project of Fractured Atlas, a nonprofit arts service organization. Go online at: www.BroadwaySingsforPride.com or on Facebook: Broadway SingsFor Pride.