New Yorkers want a mayor that embodies their town: strong, resilient, and diverse. Seven candidates vying for the Democratic nomination for Mayor took the stage at Manhattan’s Town Hall theatre Wednesday evening, each proving that they are that living embodiment of those Big Apple ideals.

At times heated, at others downright hilarious (primarily during a question about texting-and-driving that left Anthony Weiner speechless as a full house roared with laughter), the debate was proof that each of these candidates posses the hard-as-nails qualities most sought after in a mayor. The topics pressed by the panel of television, radio, and print journalists covered a wide swath of interest to New Yorkers, with everything from healthcare, income inequality, the need for emergency plans, and job creation all up for discussion. 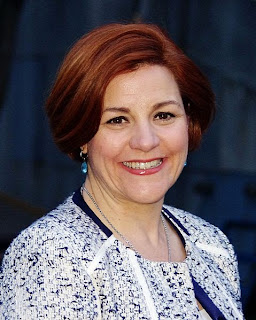 Openly gay City Council Speaker Christine Quinn, who had the loudest supporters in the house, continues to be among the most polarizing figures in politics. Just as much as she was lauded and cheered for her confidence that the role of the mayor is an active one that should and must stand up to corporations, she also attracted several boos and outbursts, leading to one man’s ejection from the balcony for shouting “You closed St. Vincent’s”—a reference to the much-disputed closing and rezoning of a popular Manhattan hospital that resulted in a series of massive layoffs.

Matters got particularly engaging to the audience and the candidates when the debate shifted to a one-on-one question and answer segment.  In what the moderator, NY1’s Errol Louis, likened to professional wrestling-style ‘tag teaming’, Speaker Quinn and former Comptroller Bill Thompson relentlessly pummeled Public Advocate Bill de Blasio with questions and accusations regarding flip-flopping on issues like ‘Stop and Frisk’ and taxation.

The notion that the candidates have been misleading the public about what they truly stand for was invoked repeatedly throughout the debate, coming to a head as Bill Thompson asked, "Will the real Bill de Blasio please stand up?"  Another common thread was a shared belief by all the candidates that the key to ensuring prosperity and closing the widening wealth and employment gap is education and training, particularly in technology and green jobs.

City Comptroller John Liu continually referenced an endless array of economic plans for New York’s future without ever offering much detail on their implementation or impact, all while Anthony Weiner, who made several strong, right-of-center attacks on the role of government in the city—as well as a proud declaration that New Yorkers should be allowed to drink in parks and on stoops and beaches-- had all the smugness of a man with nothing to lose, including this election.

Minor players in the evening’s drama were Sal Albanese and Erick Salgado, both trailing in polls and often straying so far off the topic to their prepared remarks they had to be reigned in by both the moderator and the panel of questioners.

The smallest of margins is separating the leading candidates, de Blasio, Quinn, and Thompson, that it seems more than likely none will receive the 40 percent of votes needed to avoid an Oct. 1 runoff.

The next mayoral debate for the Democrats is on Sept. 3. The Republican candidates face off next on Aug. 28, with former MTA chief Joseph Lhota polling ahead. 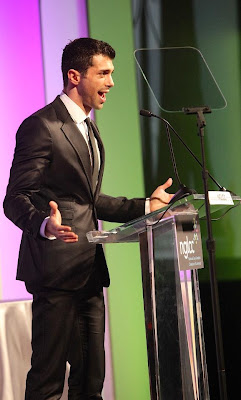 Jonathan D. Lovitz is an LGBTQ community advocate, communications specialist, and former actor, best known for several shows on LOGO tv. He currently lives in NYC and travels nationally to speak about advocacy.